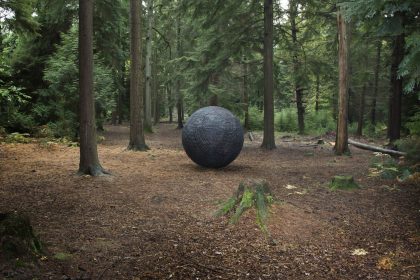 Shortly after Christmas the rabbit escaped into the woods behind the house. Months later we awoke one evening to a horrendous cacophony of crashing branches. Then the thunderous roar of trees uprooted whole and spewed through the air to crash all about. The entire house shook and shuddered. Drywall and stud groaned as the forest swirled about us in a chaotic blast as an immense organic amalgamation seemingly familiar in it’s presence came soaring through the air to a shuddering stop mere inches from the front door. The escapee, now huge and mutated into this bag of thumping flesh and towering bunny ears, glowered through the front picture window, red eyes ablaze. What toxic waste had it ingested during it’s foray into the wild that could have brought about this transformation? We will probably never know.

By this time I had managed to make my way staggering stumbling slipping sliding to the kitchen. Grabbing a fresh bag of carrots from the fridge, I quickly tossed them through the window in a shatter of glass to land at the paws of Bugsy the bunny.

Anger faded from glowering optics. He sniffed the pile of glass and carrot, now nicely diced, munched it up in one vacuum like movement and bounded off to the south, trees and brush strewn as it trundled away.

The next morning I ventured out into the woods to look around. Other than the path of destruction this was all I found – a lone rabbit raisin in the sun…