A Saint in Time

A Saint in Time 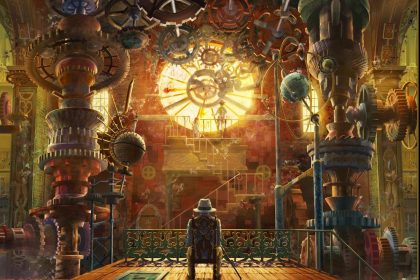 I had received a message, cryptic, written in what appeared to be blood or some similar organic excretion, instructing me to be here at a time uncertain yet certainly known to me based on a long history of placement at the right place at the right time. Despite my certitude that my understanding of the intended target – a point in time rather than a locale in space – was the environment now occupied by a consensual presence, a consensus based not on that of a coterie of consciousness but the jousting elements that made up my own thought process, it seemed likely that I now existed at the nexus of idea and activation there of as hinted at within the missive that began this journey. With no awareness of what or if to expect as the penultimate result of this misguided adventure I sat calmly, counting to myself as objects floated and twirled from center to periphery of perception and the focus applied to the content of the space roiled in a constant flux. The message had given no indication of the purpose of the request or any clue of what or who was to be encountered. Experience was the only gain and patience the only measure.