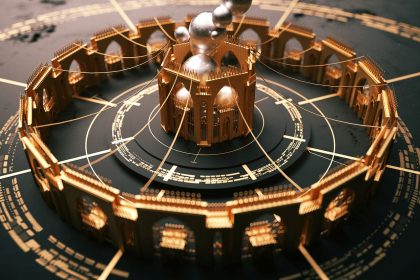 They held forth at a speed of being so far beyond our own that substance lost connectivity at a sub-atomic level. We were as dust in the aether, suspended, immobile yet permeable as such that we were naught to them as they were naught to we. The two states of being existed simultaneously anonymously atop one another as the nature of perception for each were limited to their respective speed of being.

Incredulous at the thought that further conversation could provoke even more convoluted twists of perspective with ever broadening insights into varying point of view leading to reassessment of preconceived notions currently applied but no longer appropriate given the ongoing development of A frame of reference. I didn’t know whether to continue participation or to close my senses from additional input or to lose the penultimate conclusions drawn from the present experience of the moment.

Choices like this are ultimately difficult yet they accompany every step, the persistence of thought tying one nanosecond to the next and the myriad options presented as in continuous mutation; a multiplicity of choice paired to attitude and attentiveness. A sea of data with no intent filtered to a fine distillation of interpretive behavior and action.

Matter and attention were focused now. Alighting upon a surface manifest from the vibration emitted as the generative process congealed random associations of concept morphed to existence, now one quite similar to that of a roulette wheel askew in space, walls and windows forming a rim not meant to hold a whirling sphere instead to give focus to the central core which spewed metallic orbs as spherical as they were shapeless. They bounced lazily upon one another, each taking the shape of the intruding orb as its own only to rebound to another where yet other forms gave force to curvature transforming the expanding bubbling horde into a molten continually mutating mass slowly rising to vanish beyond the point at which perception passed to imagination.

From all points of the compass, although no gravity here existed to give function to such a device, cables stretched towards the hub. They appeared from the clouded distance, a hazy impression afar given form as it achieved proximity in effect becoming eight similarly massive intricately woven bonds of light as matter. All leading from each point surrounding with a slight dip from the sheer massive weight of their being to disappear in a glow of the energy of their joining, giving brilliance to the surface of the orbs arising from this core.

Thus representative of this very layer of being existing through and asunder a separate and distinct universe of world, lifeforms, civilizations in ascent and destruction simultaneous with all concurrent in the present reflected light of the joining before us as we took a left and set course for a destiny not represented in the present circumstance.

Inspired by image: Source Unknown web find. If you know let me know so we can provide proper attribution!